Going Out To Lunch

"During Flex Week this past spring, I took one of our Young Adults out to lunch. His reaction was so interesting…

He was blown away because no one had ever taken him out before. He said something about it probably five times through the meal. To me it wasn’t a big deal, I get together with people over meals all the time. Often people take me out to say thanks for something or just to hang out, so I didn’t think anything of it when I invited him.

We went to one of his favorite dives, and the whole thing including tip was less than $15, so it didn’t cost much. Even after picking him up and getting him home I was only gone for an hour and a half, which isn’t much of my time. What seemed like not a lot of effort on my end was very significant to him and had a clear impact.

I like Flex Week because it’s a chance for me to get out of the office and spend time with our students, which I don’t normally get to do in my role. This was a good reminder to me how important relationship is to our students and how it doesn’t take much to have so much impact in their lives."

It doesn't take much for you to have a significant impact as well. 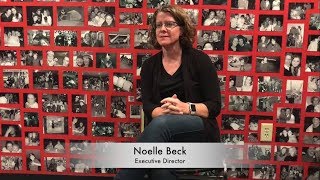 It Doesn't Take Much